The latest draft of this post-apocalyptic/dystopian sci-fi novelette clocks in at 9,200 words. 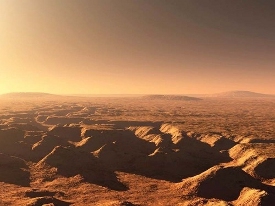 RYSSA NILSSON becomes an unwilling member of CAIN VOROS' cartel and harem when the drug lord kills Dr. Wright, the man who took her in after the death of her parents. The doctor came to Mars from the other side of the galaxy to rid the planet of deadly thermophiles, heatloving bugs that sting like wasps possessed with the ferociousness of piranhas. When Ryssa's friend SERA, Dr. Wright's daughter, receives a message stating that her childhood sweetheart, ETHAN GRAY, has come to Mars in search of her father's research, Ryssa and Sera must choose whether to risk escape from Cain in order to meet up with Ethan. If the drug lord catches the two young women, he'll throw them to a swarm of 'philes to be minced beyond recognition. But Ryssa and Sera can't stay put. Only days remain until the solar array put in place by the Interstellar Alliance accelerates the Sun to its white dwarf state, erradicating all life on Mars.

Hundreds of years have passed since humanity's struggle against alien invaders accelerated the Sun to its red giant phase, forcing spacefaring civilization to flee the Solar System. Earth exists only as an uninhabitable ball of molten rock. Mars has become a desert wasteland populated by the criminal underclass left behind. Thermophiles, killer bugs that thrive on heat, have overrun the planet and infected a signficant portion of the population with a deadly disease.