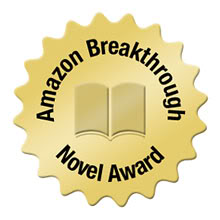 Unfortunately, Beyond Cloud Nine failed to advance to the quarter finals (round three) of the Amazon Breakthrough Novel Contest. After making it to round two based on my 300-word pitch, panel reviewers eliminated BC9 according to my 5,000-word excerpt, which equated to the prologue and first chapter.

I genuinely believed I had a good shot to make it to the quarter finals. One thing that worried me all along, though, was the prologue. While it frames the story and integrates the book into the entire Beyond saga, I wondered if I would've been better served by excluding it. A part of me wishes I had submitted chapter one and two instead.

It's especially frustrating to be excluded so soon because every science fiction novel I've ever read takes the first fifty pages to ground me in the story and another fifty to pull me in to the point that I don't want to set it down. In BC9, it takes me until the end of chapter three to establish the main conflict. In other words, the first 5,000 words of a novel can't always provide a complete or accurate sense of the overall story. That said, I spent a lot of time crafting the hooks at the beginning of the prologue and chapter one. In my opinion, they're better than the hooks that begin most every story I've ever read. I mean, really, if a woman convulsing on a 24th century hospital bed because she requires spinal transplant surgery or a star fighter pilot rocketing away from an explosion in Jupiter orbit doesn't grab readers' attention, I have no idea what will.

I'm still waiting to find out whether I'll receive any feedback so I know for sure why BC9 didn't advance. Lack of feedback is the biggest reason for disappointment. There was no way I was ever going to win a general fiction contest with a sci-fi military drama. Not enough general appeal. But if I had at least advanced to the quarter finals, anyone who's an Amazon customer could've read and posted a review on my excerpt, and Publisher's Weekly would've reviewed my full manuscript. It's a huge loss because I miss out on a great chance to get noticed.

But enough pouting. All I can do is look on the bright side. With BC9 released from the contest, I can query and pitch it again. I believe the story is good enough to be published, and it will be as long as I keep working at it.