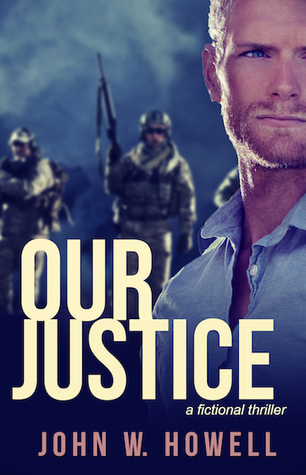 Our Justice by John W. Howell, a thriller about a patriotic lawyer trying to thwart a rich and powerful terrorist, provides a mostly satisfying conclusion to the series.

Similar to the first two books, Howell writes book three with a concise and straightforward style, often overexplaining things. This largely works in the story's favor. The fact that the main protagonist, John Cannon, carefully thinks through everything becomes part of his personality and charm while aiding reader comprehension. The supporting cast is likeable, and I couldn't help but cheer for the do-gooder to finally achieve justice.

Unlike the first two books, book three suffers from a few minor plot holes (or at least from a few things left unexplained). Along those lines, I would've liked a little more falling action to wrap up the loose ends. I was also specifically disappointed that the antagonist's grand plan never materialized, and that the cool and deadly new technology the author reveals is never utilized in the plot.

Furthermore, parts of book three felt a bit too much like book two. Both novels follow a similar pattern. John spends the first half of each book running from the antagonist. In the second half, the antagonist captures him, forcing John to have to come up with a clever way to foil the bad guy's plans. And John sits down to dinner with the main antagonist way too often.

All in all, Our Justice was a well-written novel, and its handful of minor issues didn't detract too terribly from my enjoyment. I'm glad I stuck with the series until the end.